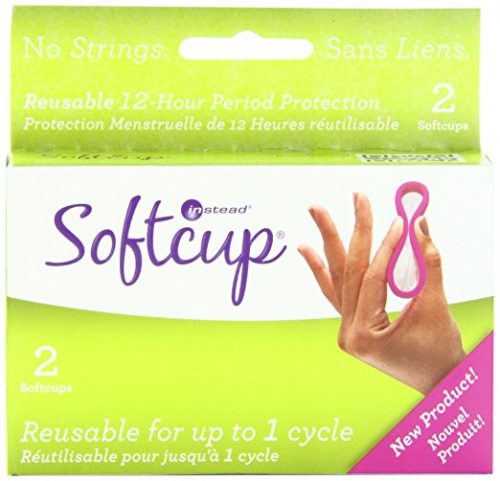 Instead Softcup Review – Is the Best Disposable Menstrual Cup?

The Instead Softcup is a popular disposable, easy to use menstrual cup. If you have not tried it yet, check out our Instead Softcup review to get the latest information on this innovative and, dare I say, liberating product.

News Alert! The ‘Instead’ Softcup is under new management. In July of 2016 the Flex Company took control of the product line.

The previous owner of the Softcup slowed production of the product, leading to product shortages and increased prices.

The Flex Company will begin ramping up production and working with retailers to insure there are no more product shortages and to get the price of the product back to a reasonable and fair level. 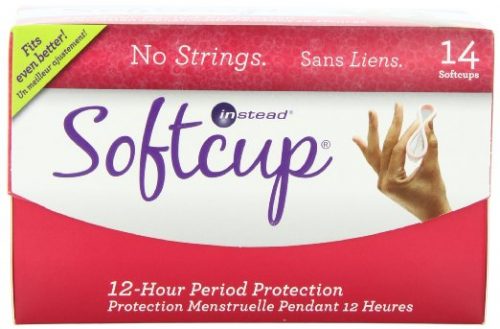 Click Here for Pricing, Pictures and Reviews on Amazon.com

The Instead Softcup is a disposable menstrual cup. There are two models, reusable and disposable. Both are technically disposable, but the reusable model is designed to be reused for one menstrual cycle.

The disposable cup is tossed every time you change your cup, which can be every 12 hours or less. The benefit is you do not have to worry about washing the cup. Ever.

The cup is different from standard reusable Menstrual cups like the Diva cup or Mooncup, which last on average, 5 years.

The Instead Softcup is different because the idea is you toss it and use a new one each month or each use. The ‘cup’ portion of the cup is very soft, like a plastic film, while the ring is firm yet flexible, and larger than a standard menstrual cup.

The plastic used is an FDA approved polymeric plastic, as opposed to silicone used by most other reusable cups.

How Does It Work?

The Softcup is the size of a diaphragm. It’s a one size fits most kind of deal, and you know how that goes. One size does not always fit everyone. However, there are tons of women, who are very happy with the cup, so don’t let this deter you from giving it a try.

There are simply too many benefits to this cup to pass on it. It is the ONLY menstrual cup suitable for use during sex. Just that alone is huge.

The Softcup fits differently than other reusable silicone cups. Softcup has a 70mm wide rim, whereas most other reusable cups fall somewhere between 38mm and 47mm wide. This one isn’t meant to sit in the same position as the other cups.

You can see the way the Softcup should be positioned.  Note also the smaller white shape between the pubic bone and the uterus/cervix. This small white shape represents your bladder.

You can see this cup, and other cups may sit in a position where you can feel the pressure on the bladder. This is why the Softcup and other reusable cups with large rims can feel uncomfortable.

Don’t worry, this is not a common problem, but if you are bothered by the cup, there are other brands of reusable cups that have no rim or are made from super soft material that will not bother your bladder. 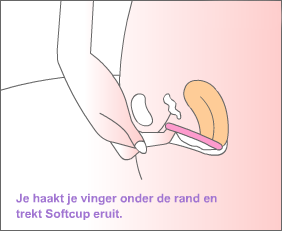 To remove the Softcup, sit on the toilet, or squat (the shower is a good spot). Bear down or push. This will move the cup out from under the pubic bone. Once you can feel the rim, pull the cup out by the rim, being careful to keep the cup as level as possible so the fluid does not spill. Dispose of the fluid in the toilet or down the drain.

The Instead Softcup is one of the easiest cups to care for. With the disposable Softcup there is no care needed, since you toss it after using. For the reusable Softcup you simply rinse and wash with a soap that is safe for your vagina, and rinse well.

Tips, Tricks, Hacks and Other info

Well, we are not doctors, this is just an interesting idea we wanted to share.

Why is the Instead Softcup So Popular?

The Pros of Using Softcup Based On Our Softcup Reviews

How Does the Instead Softcup Compare to Other Cups?

We have already discussed the difference between the Instead Softcup and other reusable menstrual cups, but there are a few more points we would like to share.

Is the Instead Softcup Better Than the Diva Cup?

Both cups are awesome and each has plenty of committed users. It is a matter of opinion, priorities, anatomy and personal values that have one woman chose one over the other. Some women use a mix of the two.

For example, a woman may use a Diva cup regularly, but keep a disposable in her purse in case her period catches her by surprise. A Diva cup user may use the Diva cup most of the time and only use a Softcup when she plans to have sex. So it is not always one or the other.

Softcup Is Good for Women With These Concerns

Diva Cup Is Good for Women With These Concerns

Click Here for Pricing, Pictures and Reviews on Amazon.com

If you want a product that allows you to go about your life as if you are not even on your period, this is the closest you will come to that dream. You only need to change it every 12 hours, unless you have a heavier flow.

You can make love while using this, so mess free sex is an option. You can get the disposable model and have the freedom to simply toss it instead of engaging in a cleaning ritual. It really is the option with the most liberty.

They can be challenging to remove for some ladies, and you will need to be comfortable with your body to use these, but these challenges are easily overcome by the majority of users.

While this option is not reusable and eco friendly as other cups, it IS more eco friendly than pads and tampons, and every little bit helps.

Many women find them work and they are comfortable.  Softcups are a fantastic and innovative product you need to try.

Our Rating Based on Our Instead Softcup Review: 8/10

We hope this Instead Softcup Reviews clears up your questions about the product and helps you decide if the Instead Softcup is right for you. Hope you found our soft cup reviews useful.

Topladiessecret.com is a participant of the Amazon Services LLC Associates Program, an affiliate advertising program – it is designed to provide an aid for the websites in earning an advertisement fee – by means of advertising and linking to Amazon.com products.

Amazon and the Amazon logo are trademarks of Amazon.com, Inc. or its affiliates.